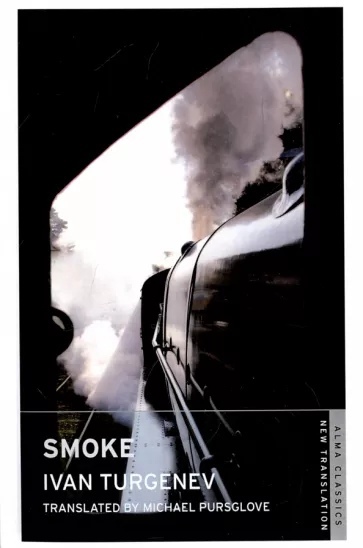 Условия доставки
On his way back to Russia after some years spent in the West, Grigory Mikhailovich Litvinov, the son of a retired official of merchant stock, stops over in Baden-Baden to meet his fiancee Tatyana. However, a chance encounter with his old flame, the manipulative Irina – now married to a general and a prominent figure in aristocratic expatriate circles – unearths feelings buried deep inside the young man’s heart, derailing his plans for the future and throwing his life into turmoil.

Around this love story Turgenev constructs a sharply satirical expose of his countrymen, which famously embroiled its author in a heated quarrel with Dostoevsky. A melancholy evocation of impossible romance, Smoke represents the apogee of Turgenev’s later fiction.